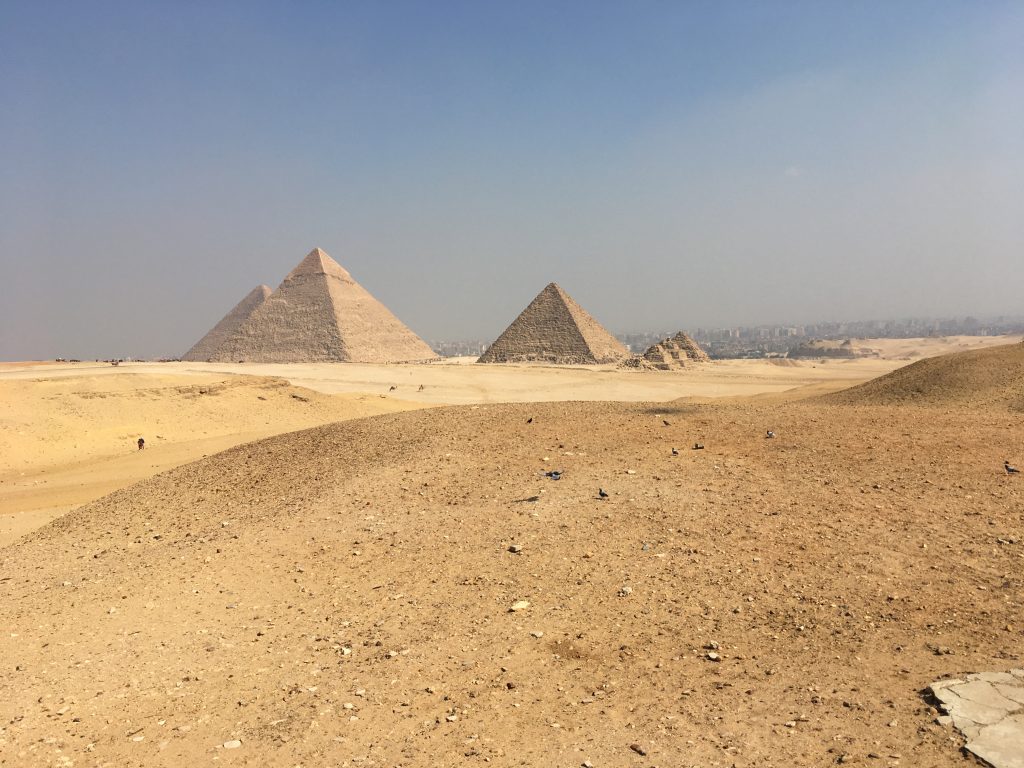 This is the second part of my impressions of Egypt.

Even at night on a drive from the airport, you notice the trash. Trash, Dirt, Debris, Waste, Detritus, Refuse. Whatever you call it, it is everywhere. Piles of it line the canals that irrigate family farms on the way to the Giza Plateau and the ruins of Saqqara. More piles line the walls of the highways, under any overpass, next to any vacant lot, along the streets, highways, paths, thoroughfares.

One gets some relief as you enter the city of downtown Cairo where the Egyptian Museum and Ritz Carlton hotel endeavor to remind the tourists of the grandeur of what this city once was. I tried to put myself in the shoes of a visitor in the 1800’s when Egypt-mania crossed Europe and everything Egyptian was nouveau and sought after to decorate the houses of wealthy. Had they seen piles of filth like this when they visited? No, of course not. Plastic was not invented yet. Non-biodegradable containers did not exist. The people may have lived simply, but they were not casually throwing bags of refuse over the wall into the canals.

Now, though, there seems nothing else to do with the vast amounts of trash produced by a population of over 20 million in the metropolitan area. Garbage is not often picked up by a central collection agency, let alone recycled. So, the garbage accumulates, blows about, and ends up covering everything.

This to me was the most disheartening thing to see. A city that I’m sure was once clean and beautiful, even if the buildings around it were disintegrating from time and exposure to the hot sun and sands, was now covered in a layer of dust, dirt and filth.

It’s very easy to think that Egypt is still clean and pristine and the monuments are all just waiting for awed visitors from other countries to come and see them. However, that illusion is kept up by the fact that it is ONLY around the monuments that trash is kept to a minimum. There is still some random refuse blowing about on the Giza plateau in front of the pyramids, but you don’t see that. You only concentrate on the pyramids in the photos.

My logic tells me that the citizenry was not doing anything about this because of a corrupt government that did not have the resources to devote more money and time to a campaign of cleaning and national pride that would probably take a decade or more to rehabilitate the city. So left to their own devices, the poor cannot help but do what they have always done.

Seeing the canals so filled with refuse that water birds use them as islands to stand on saddened me more than anything. Knowing that I never want to visit here again because of this makes me wish I could do something about it, but changing the habits of 20 million people is a big task.