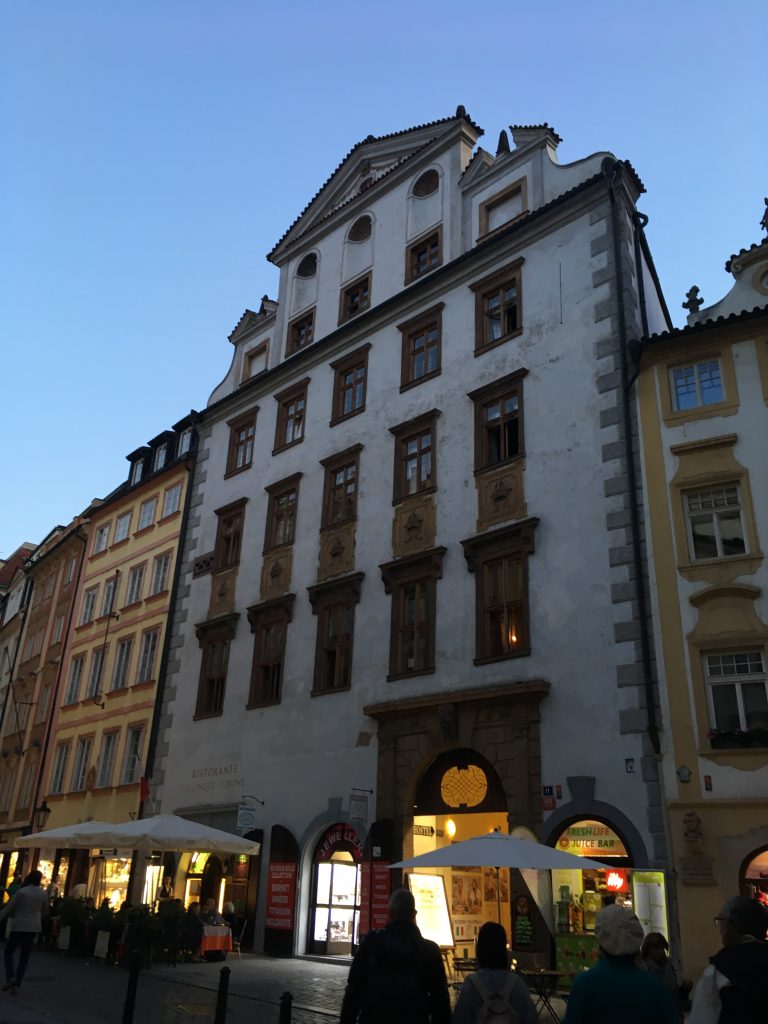 Our hostel in Prague. Our room is lower right with the light on.

Many people asked me where we would be staying while we are travelling around the world.  My main answer has been “Hostels.”  This sometimes elicited a raised eyebrow or a “Hmmm” response.  I honestly did not know what to expect before I stayed in our first hostel of the trip.  I just knew that I needed to save some money somewhere, and I can usually stand a crappy hotel or bad bed for a few days.  If worse came to worse, we’d find another place to stay.

After traveling for a month and staying in an Airbnb, a motel and several hostels, my conclusion is that you ultimately get what you pay for. If you decide when you are booking what you can and cannot stand, and carefully read all the reviews, you will be fine.

Here’s a little info on the current state of hosteling in Europe: There is no one set type of hostel. There are high end hostels (usually near the train stations), low end hostels (often in older parts of town or suburbs), social hostels and keep to yourself hostels.  You have to decide what is right for you and how much you want to spend.  There are a lot of give and takes when choosing a hostel.  Is location or price more important?  What about having a kitchen? Wifi? Laundry? Social atmosphere? How many bathrooms are there?  This is a short list of things that I tried to pay attention to when choosing our hostels. 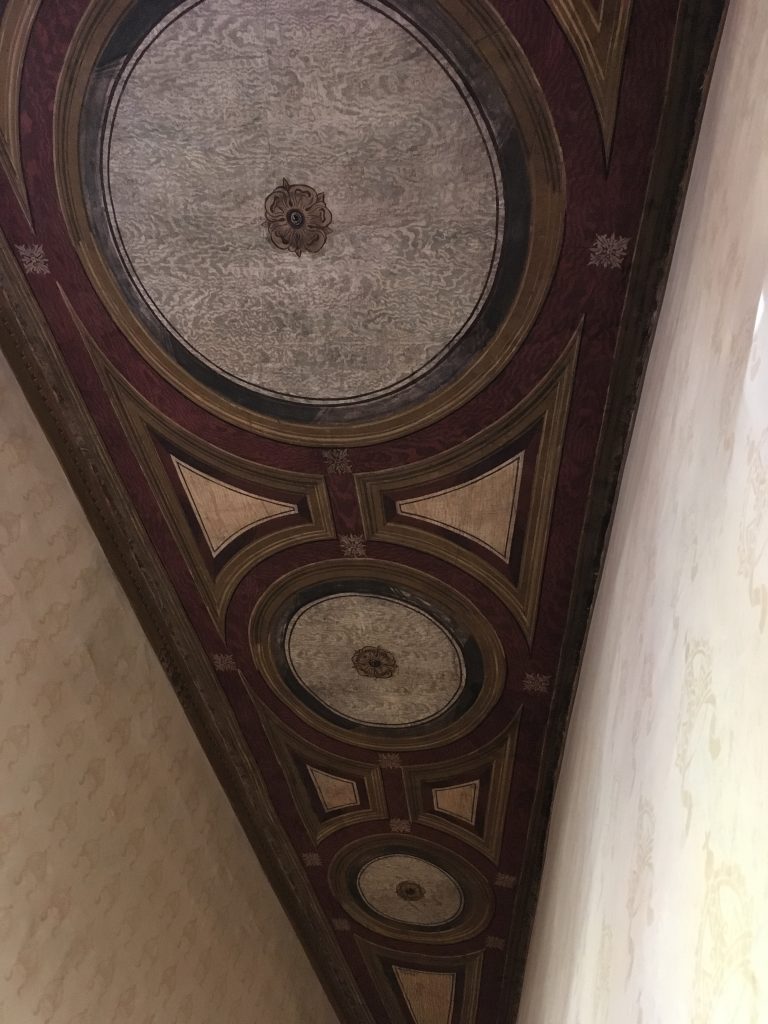 The ceiling of our hostel in Prague. 16th Century?

I booked our hostels in the order that we were visiting the cities.  So, I ended up booking our Russian hostel first (as that was the first country where we were staying longer than 1 night after our Iceland AirBnB).  I was excited to see the fantastic price for a week!  Wow, if everything is this cheap, it will be great! I thought.  Well, that didn’t pan out, of course, and I wished that I had revisited my choice in Russia, since although we paid very little money, there were several things that had escaped my notice.

First of all, I had not checked the reviews of the hostel since booking it almost a year in advance.  In that time, I think the hostel was sold or management changed as nothing about the hostel’s current issues was mentioned. Upon arriving in Russia, I discovered that our hostel host spoke no English at all. I also discovered the meaning of a truly uncomfortable bed.  The mattresses were so thin that we had to use two on each of our beds. We had three sets of bunk beds in our private room, so we just moved all the mattresses.  Luckily, we were able to sleep OK, but I was prepared to move to somewhere else if the beds were as awful as they felt when we first tried to go to sleep. After that, I just kept telling myself, “Well, it’s Russia and I’m in a hostel, what did I expect?”

Don’t get me wrong, most of our hostel beds have been fairly comfortable.  I’m a side sleeper so I like a firm mattress.  Only one hostel so far has had a squishy mattress (Copenhagen) which made my back hurt in the morning.  The situation I am not always happy with is the pillows.  The pillows have ranged from cotton fluff in a pillowcase (Russia) to large hard square (Dresden) to really flat (Copenhagen) to lumpy in general (Hamburg, Helsinki, Prague, Berlin). No one seems to have gotten it perfect, but with some folding and punching, I can usually get comfortable.

I think a lot of people don’t like the idea of hosteling because they think of the dorm scenarios with lots of strangers.  Because the boys are under 18, they are forbidden by most countries to sleep in the dorms and we have reserved private “family” rooms, or just a “triple”.  This means we never have strangers sleeping with us. Many hostels also have single or double private rooms.  These are perfect for the couple that wants to save money. 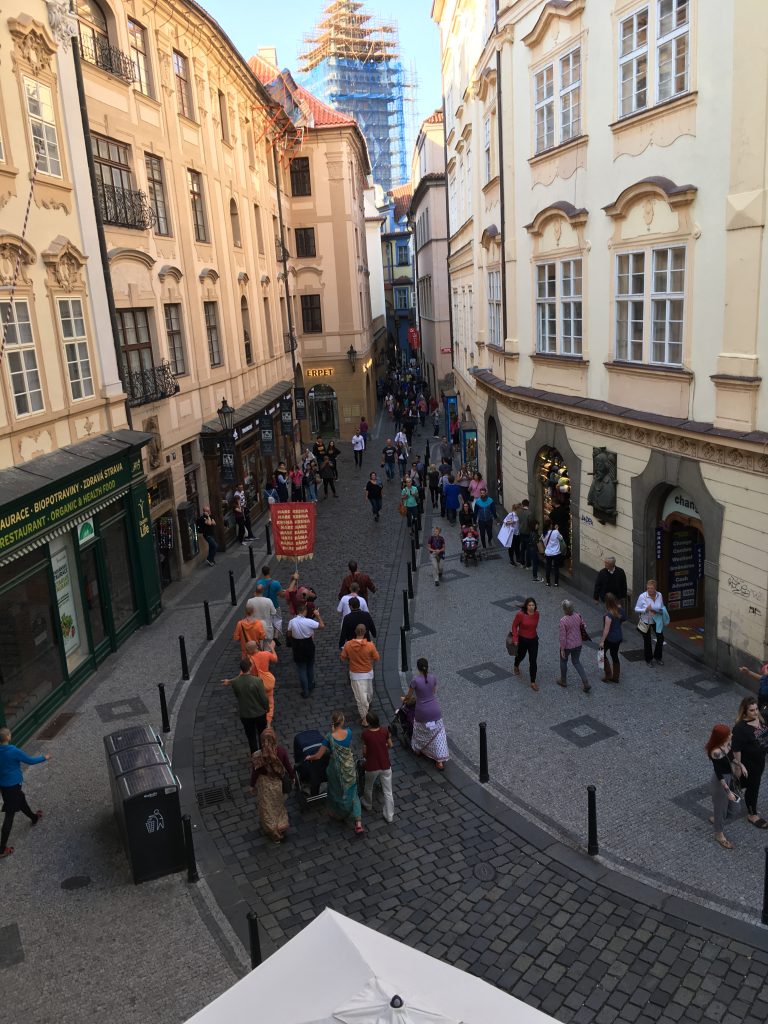 Looking out the window of our hostel in Prague. Great during the day, but really loud at night!

The major downside to hosteling would be the sharing of bathrooms.  It isn’t awful, and honestly, I have rarely been in a bathroom showering in a stall while someone else is also in there.  It seems like even in the larger hostels that people either keep very different schedules from us, or there are enough bathrooms that it is rarely ever crowded.

Some hostels have had really nice bathrooms (the best was Copenhagen), and they are cleaned every day.  Many have even provided soap and shampoo.  The things that we had to get used to are the tiny enclosures.  Not all hostels (and hotels for that matter) in Europe have tiny showers, but many do.  They also have weird hand-held sprayers that you have to get used to!  Forrest got our Hamburg bathroom soaking wet while learning to use the sprayer under the very high water pressure.

Many people also are unaware that you can get hostel rooms with an ensuite bathroom.  It does raise the price, but if you are looking for a place with a lower cost than a hotel room in a popular area, you can save money. We have several ensuite rooms booked throughout our travels in Europe.  They are wonderful after having to share a bathroom for a few days.

Besides bathrooms and beds, what else do hostels offer?  A kitchen.  We have not cooked at most of the hostels where we have stayed. It is just too much trouble for the time we are there to go out to buy food to come back and cook it after a long day of touring. We have, however, gotten light snacks and meals at grocery stores that require no cooking but may need refrigeration. The kitchens are handy.

It seems that as we move south into Europe the hostels are becoming less accommodating but also cheaper.  By less accommodating I mean they seem to have more rules.  They need a key deposit, you need to pay for sheets and/or towels, you need to pay in cash, you need to wear a wristband…  This could have to do with the fact that we are also seeing many more backpackers and gap year people in popular tourist areas. We’ll see how this plays out in our second month of touring.

In general, the clientele of the hostels does seem to be younger people – millennials, college students, and lots of school groups (Russia, Copenhagen, Berlin).  However, there have been places where I did not feel like I was the oldest person in the hostel (Helsinki, Dresden, Berlin). Most of the time these older hostelers are not from the US or Canada, but from other European countries. I guess they just know how to save money.

Would I book mostly hostels again or do something else?  Yes, I think I would go with the hostels again.  Not having a car limits one to choose locations wisely.  Hostels tend to be located in easily accessible areas. AirBnbs and hotels can also be in those areas, but they are usually more expensive.  There are a few times that I would revisit the actual choice of hostel in a particular place, now that I know more about that place, but in general, we’ve been happy with our accommodations.